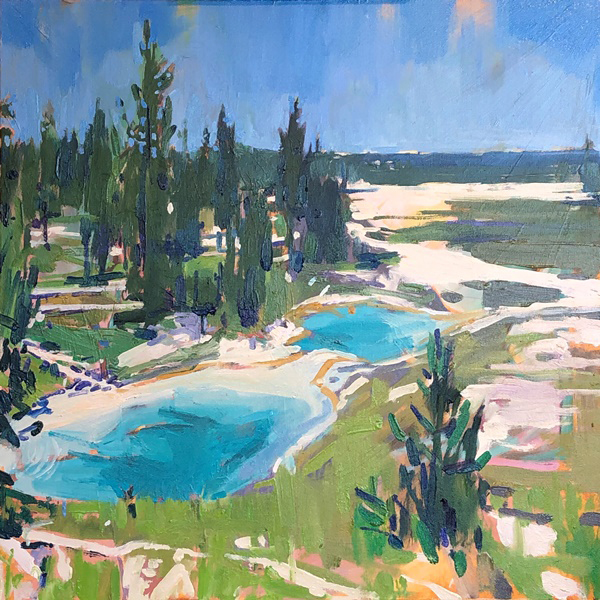 Introducing Chris Segre-Lewis, A New Artist To Our Gallery

We are proud to introduce the magnificent oil paintings of the treasured American West by Chris Segre-Lewis. We invite you to visit our gallery and take some of Chris’ incredible vision home with you.

Chris Segre-Lewis was born in Jamaica then immigrated to the Florida coast. Since 1994 he has found residence in the beautiful horse country of Kentucky. Chris graduated from Asbury College with a B.A. in applied communications and a minor in fine art. He completed his education by earning a Masters of Fine Arts from the University of Kentucky in 2005.

“Painting and the landscape of the American west have partnered congenially for over two hundred years. Keeping in mind that Kentucky was once the new frontier west of the Allegheny Mountains, the concept of the American West has included a majority of our national landmass. Artists from Thomas Moran to Georgia O’Keefe have enjoyed the vast moonlike spaces that seem to act as a metaphorical canvas for the divine painter. Rivers become lines, fields become geometric shapes, and textures translate in effortless reverie.”

“These new paintings track my personal fascination with the American West. My interests are focused on the geographical interactions between humans and the land rather than mere romantic allusions. In these paintings I am suggesting the evidence of human movements guided by the sublime and yet spartan allure of the expansive western landscape. As well, I hope to express the spiritual appeal of the west with its grand, perceptually overwhelming vistas that tend to read as God sized marks built upon celestial compositions.”[/vc_column_text]

Recent From The Blog:

no images were found

Enhancing The Traditional, Introducing the Innovative