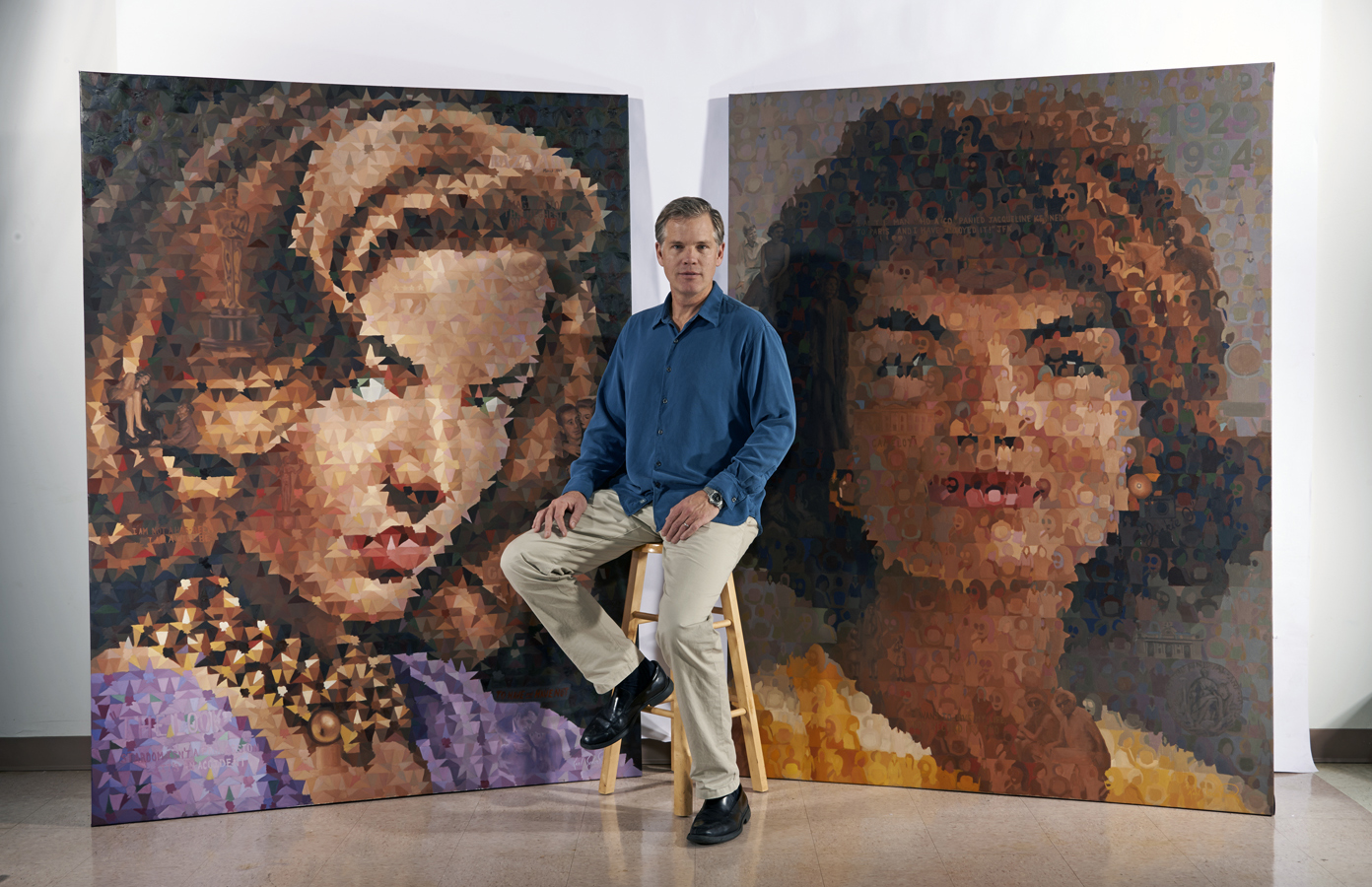 As an artist, Karl started out painting land and seascapes until he discovered portraiture. While painting portraits, it became clear that developing a relationship with the subject was an important part of the process in making a painting successful. The more he learned about the subject, the better the finished work became. Coincidentally, while studying at Yale University, he began to experiment with symbols. He discovered that he was able to share his relationship and deeper understanding of the subject in a unique way by incorporating symbols into his art.

Combined with his ability to understand how to utilize color, which was forged by his experience as a young boy working at his father’s color separation printing company, he developed the foundation to create very complex and very realistic paintings at the same time. As the audience studies the painting and its symbols, a story unfolds like a puzzle.

Karl Soderlund is a professional artist and is well known for his portraits, seascapes, landscapes and his unique “Iconic Symbols” series. His repertoire includes corporate presidents, judges, professional athletes, formal sittings and children. Other examples of his portraits have been included in the Heisman Trophy portrait collection, corporate and private collections.

Karl’s numerous accomplishments are evident; You can find his work hanging in over 300 public and private collections, including Interpublic Companies, Merrill Lynch, PepsiCo and the Heisman Trophy portrait collection. His paintings have been shown in the finest galleries, as well as featured on television, in magazines and newspapers. In 2002 Karl led the introduction of the Heisman Trophy Awards on national television by painting that year’s winner. In 2010, Karl had his first Solo exhibit at the National Arts Club in NYC featuring his series “Iconic Symbols.” Karl also teaches at his Studio in Fairfield.

Enhancing The Traditional, Introducing the Innovative